The IWR promotion presented a huge card in Oklahoma on Saturday night with Jim Ross and Jerry Lawler reuniting, plus a collection of former WWE and WCW stars in action.

From the promoter: the official count was over 1,800 in attendance at Firelake Arena.

(1) El Fuego Del Sol beat Davey Vega with a 450 splash. Fuego is best known for being a backyard wrestler (KBW on YouTube).

(2) James Storm beat “Dirty” Andy Dalton with the Last Call. Storm took a drink of at least two different fans’s beers and had a funny spot where he had fans hold their shoes up on the barrier and hit Dalton’s head on their shoes.

(3) Mickie James beat Rebel with a roll-up in the corner. Mickie played heel in the match because Rebel is from Oklahoma.

(5) The Terror Squad (MVP & Sabertooth) beat The Von Erichs (Ross & Marshall) with a drive-by kick from MVP to retain the IWR tag titles.

(6) IWR Hvt. champion Chris Cambridge retained the Hvt. Title over Ethan Carter III due to time limit. Chris Masters then came out and clotheslined Cambridge, and was then rejected by ECIII for a handshake.

(7) X-Pac & Scott Steiner (w/Scott Hall) beat The House of Atticus (Guy Atticus & The Texas Gladiator). Before the match, X-Pac did the DX schtick then introduced his NWO counterparts. Hall then got the mic and said “Shawnee, Kansas” on accident, prompting a laugh from the crowd.

Overall, a great show with very good production values. Lots of nostalgia spots. The only downer was no in-ring segment from Jim Ross. I guess he was just for the pre-show meet & greet. 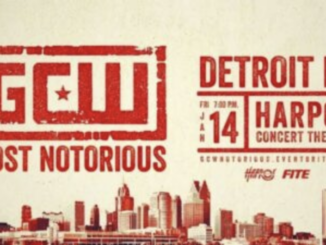 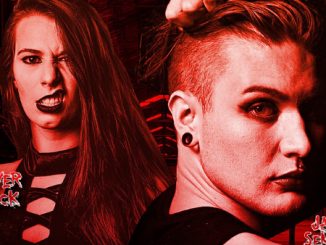