The live viewing audience was 2.068 million viewers, down 7.7 percent from last week.

It was the second-fewest live viewers of the year, ending the Thursday night run with a whimper.

– Then, there was a sudden, unexplained huge surge in DVR viewing. Most of this can be attributed to a 22 percent addition in the m18-49 demo after falling off the table Thursday night.

It was by far the most DVR viewers added this year, topping the previous high of 262,000 viewers back in March.

The result was a total audience of 2.413 million viewers, just slightly down from 2.418 million total viewers for the July 7 episode with Brock Lesnar’s Summerslam announcement. 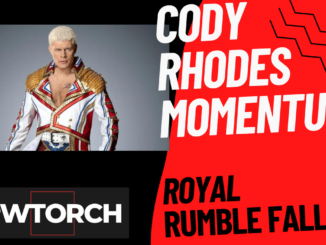