– Prior to Monday’s Raw, WWE announced the U.S. Title match for the Extreme Rules PPV on May 22.

Kalisto will defend against Rusev, who won a #1 contender battle royal last week on Raw.

In the weekly interview on WWE’s website last week, Rusev heelishly vowed to “eat Kalisto’s big heart” when they square off for the title.

– A four-way Intercontinental Title match is official for the PPV.

The Miz will defend against Kevin Owens, Cesaro, and Sami Zayn, who beat Miz in a non-title singles match on Raw to be added to the title match. 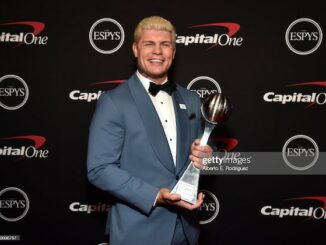