SHOW SUMMARY: In this edition of the Bruce Mitchell Audio Show, PWTorch editor Wade Keller hosts as PWTorch senior columnist Bruce Mitchell discusses the prospects of a Paul Heyman reality show. Then they go into a long-form discussion on PWTorch Newsletters #379 and #380 from March 1996 including Vince McMahon’s quotes about Kevin Nash giving his notice, other jumps going on between WCW and the WWF, what was going on in ECW at the time including Mick Foley’s farewell show, and much more. They close with a review of the “Table for 3” on WWE Network featuring Ric Flair, Arn Anderson, and Tully Blanchard talking about the Four Horsemen, along with background on the serious issues between Arn and Ric in real life. 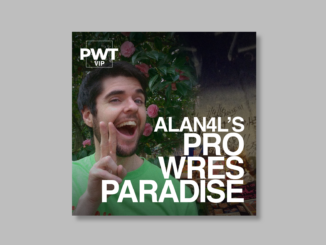