The 2022 edition of WWE Survivor Series was delightful compared to the past handful of years. I know. We won’t get to find out whether or not Raw or Smackdown is the true dominant brand, but I’ll say this. Live with it. 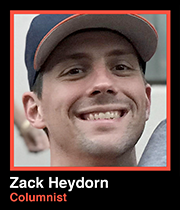 This year’s WWE Survivor Series is all about War Games. When Paul Levesque announced that this year’s event would place host to the famed match for the first time ever on the main roster, he made sure to do so while delivering news that Raw vs. Smackdown was going away and that the matches inside War Games would be legit feuds with stories leading to the big match.

Did Levesque make good on the promise? Yes and no. Yes, because Raw vs. Smackdown is a distant memory. No, because the matches taking place inside the cage on Saturday night still feel like calendar timed bouts rather than blood feud conclusions.

The Bloodline vs. Team Smackdown Babyfaces has deep, personal stories between certain characters, but not collectively. Damage CNTRL vs. Team Bianca Belair is a better effort at the group feud dynamic due to the history between both sides, but Damage CNTRL has always came across as weak.

Still, give me this inside of the red and blue t-shirts any day of the freaking week.

Becky Lynch adds some tremendous star power to this bout and makes it my match of the night pick. The roots of long term storytelling are plastered all over this thing, but Damage CNTRL’s overall weak presentation hasn’t give this particular match the gravitas you’d think it have given the history between both sides. Becky Lynch isn’t losing her first match back. For that reason alone, Team Belair takes this cleanly.

This will be a very good match. Balor has found new life as a main roster act with Judgement Day and Styles has been effective foil for them as heels. Look for lots of shenanigans between The OC and other members of The Judgement Day to help get the bout over the finish line. The Judgement Day needs Balor to be hot and because of that Balor takes this, but not without questions and question marks.

Rollins has turned full on babyface, Theory is cast as the dangerous heel, which leaves Lashley as the only character in the match without a true lane to ride in at this point. I can’t see Rollins losing the belt already, so the question is, who does he pin? I’ll go with Lashley on that one. Theory needs to look strong coming out of this. So, I’m not messing with him taking a loss. Lashley can afford it, especially if booked properly on the backs of the other acts in the match.

Has this match had a build? Not really, but does it deserve one? It does, but we know how this will end, which makes any kind of build hard to buy anyway. Rousey over Shotzi definitively.

The Bloodline needs the win. Reigns is in the match and you don’t want to put a loss on his records without reaping the full benefit that win would give the business. I’m expecting a really good match. Lots of talent in the ring with mini stories between individual talents to play off of too. Bloodline all the way.