Wake the pets and call the neighbors. It’s time for our monthly ROH pay-per-view preview column!

DISCLAIMER: Projections are made by myself and for myself with absolutely no assistance from Joe Koff, Nigel McGuinness, or The Man With The Lizard Face. Projections are not predictions, because this is the column where everything’s made up and the points don’t matter. This preview has been sealed in a mayonnaise jar on Funk & Wagnall’s porch since noon today. Some of our departing contestants will receive a supply of Golden Dipt Chicken Seasoned Coating Mix. Whether baked or fried, you get crispy, tasty chicken. And remember, if you come within $100 of the actual retail price of your showcase, you win both showcases. This is only an exhibition. This is not a competition. Please, please, no wagering. This lineup is based on the best available information as of this writing. Also remember that my projections are based on what I would do if I had control over ROH Wrestling, unless it’s not funny enough.

Before we preview tonight’s show, let’s get to this month’s edition of the Wrestling History Lesson, because that’s why many of you clicked here in the first place. Twenty years ago, on December 27, 1995, World Championship Wrestling held its annual Starrcade pay-per-view at the Municipal Auditorium in Nashville, Tennessee. And on this show, we had a classic bout between Eddie Guerrero and Shinjiro Otani. For the call of the action, let’s go to Tony Schiavone and Bobby “The Brain” Heenan.

Ten years ago, at ROH’s “Vendetta” show in November 2005, the main event saw Bryan Danielson defend the ROH Heavyweight against top contender Roderick Strong. You may be familiar with both wrestlers. Dave Prazak and Lenny Leonard had the call.

On with the projections!

I have no idea what B.J. Whitmer will be doing on the show, and I don’t feel qualified to guess. If I were booking, I’d have already traded Whitmer to Pro Wrestling Syndicate for Devon Moore and a roll of duct tape.

Cheeseburger vs. “Brutal” Bob Evans (Preshow Match): This feud has been going on for some time, and it needs to be brought to a conclusion.Projection? The Master of the Wormtail wears down the big man and scores a victory with the shining wizard.

The Briscoe Brothers vs. All Night Express vs. Young Bucks:This is going to be an interesting mesh of styles. The Briscoes work well with both teams, so we will assume Rhett & Kenny and the Bucks will be in sync also. Projection? Maybe I’m guessing wrong, but if eels like ANX’s turn to be in the tag title mix. The dynamic duo hits Mark Briscoe with the One Night Stand and score the victory.

Moose vs. Michael Elgin: I do feel l;ike Moose is ready to move up the line. On the other hand, Moose isn’t the one heading to the Tokyo Dome for a match with Jay Lethal next month. Projection? Elgin blocks the spear, hits the lifting Kobashi DDT, and books passage to the Wrestle Kingdom.

Dalton Castle vs. Silas Young: This epic feud between two lions of the ROH promotion should come to an end tonight. Projection? Beer City Bruiser interferes on Young’s behalf, but the Boys turn on Young, and Castle conquers all with the Bang-A-Rang. We need a happy ending.

ACH, Alex Shelley & Matt Sydal vs. The Knights of Rising Dawn: Yes, in case you missed it, the mystery man targeting Chris Sabin was the Time Splitter, Alex Shelley. Projection? On paper, this looks to be incredible, and I hope it’s great after the bell rings too. ACH & Shelley perform Outatime on Sabin, and ACH gets the pinfall.

Kyle O’Reilly vs. Adam Cole: Future Shock explodes. These two had a bloody battle on pay-per-view two years ago. This time, Cole’s the heel. Projection? After a bunch of stiff strikes, Cole locks up the victory with the Florida Key.

Roderick Strong vs. Bobby Fish (ROH Television Title): Bobby Fish is a great singles competitor, but ReDragon has a ways to go before their tag team storyline is complete. Projection? Fish is more than capable, but this is Roddy’s moment. Mister ROH wins with the Strong Hold.

Michael Bennett & Matt Taven vs. War Machine (ROH World Tag Team Titles): Bennett & Taven have established their bona fidea as a tag team, both here and in New Japan. The bearded behemoths . Projection? Despite Maria’s best efforts, Taven is caught in the Fallout, and Rowe pins him. We’ll have new Ring of Honor tag team champions

Jay Lethal vs. A.J. Styles (ROH World Heavyweight Title): Styles is not at a hundred percent, and he’s penciled in for a different match at the Tokyo Dome. I’ll assume this isn’t meant to be a shocking swerve. Projection? Styles survives the interference from Truth Martini, Dijak and Diesel, but that final Lethal Combination is too much for the Phenomenal One. The title stays with Big Match Jay.

Aftermath: The ROH 14th Anniversary Show is in February. Let’s say Lethal vs. Adam Cole, War Machine vs. The All Night Express and Roderick Strong taking on Sami Callihan.

Pat McNeill of Greenville, South Carolina has been a Torch columnist since February 2001. He’d take the New York Jets to beat the Dallas Cowboys on Saturday Night Football. You know, if gambling were legal. Contact him at patmcneill@live.com 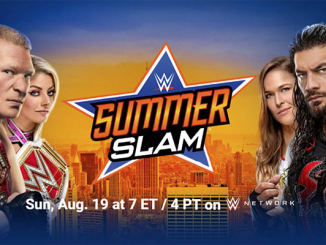 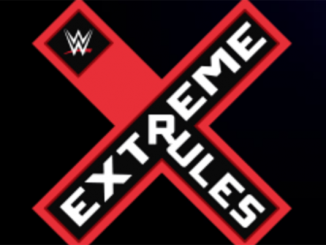 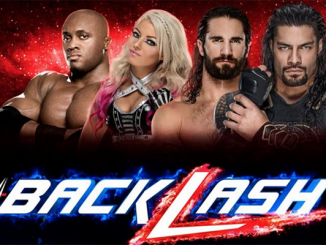